Beneficial Insects for the Garden

There are approximately 1 million described species of insects in the world and it is believed that there are at least 4 million more species that have yet to be named. Insects represent three-fourths of all described animal species on the planet. Even more than that, there are believed to be an estimated 10 quintillion individual living insects, making them the largest animal population on the planet!

Many insects can be pests, whether they are bed bugs or crop destroyers, but not all insects are bad. In fact, there are quite a few that are beneficial to the environment.

There are some insects that can be particularly beneficial at keeping harmful insects under control. Predatory bugs will hunt other invertebrates which can help keep plants safe from non-beneficial bugs.

Assassin bug (photo credit: www.insectpod.com)
Assassin bugs are one of these predatory bugs. They kill their prey by injecting it with a toxin that dissolves the victim’s tissue which it then sucks up with its proboscis. 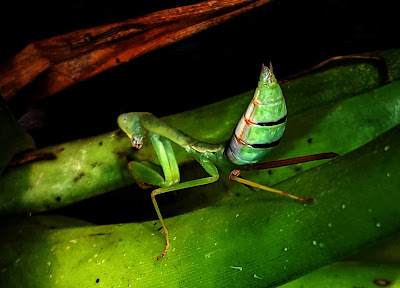 Praying Mantis (photo credit: Lorenzo Cassina)
Praying Mantis are not picky eaters and will eat just about any other non-poisonous bug, which can be very beneficial to gardeners suffering plant damage from pests. 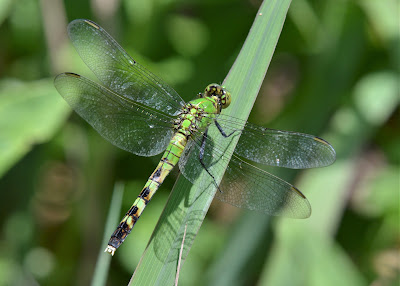 Dragonfly (photo credit: cff2.earth.com)
Dragonflies and damselflies are also predatory as both the nymph and the adult eat other insects and are particularly important to reducing mosquito and mosquito larvae populations. Damselflies are smaller and have slimmer bodies than dragonflies, and fold their wings up and along their body when at rest, unlike dragonflies which hold their wings out flat and away from the body. 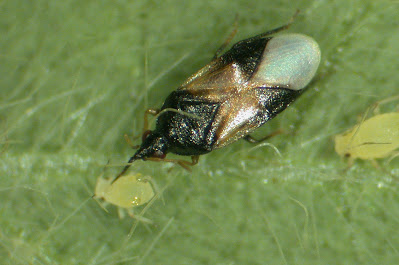 Pirate bug (photo credit: Ho Jung Yoo)
The minute pirate bug is an easily overlooked beneficial insect. They feed greedily on small organisms such as leafhoppers, aphids, thrips, and mites. They naturally occur in crops and are highly attracted to flowers where they also feed on pollen. 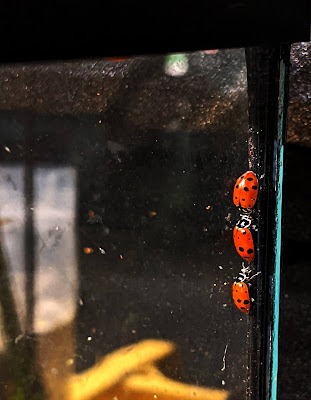 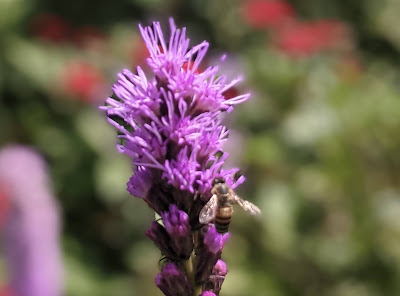 Honey bee (photo credit: Chris Mahler)
Honey Bees are one of the most beneficial insects. Honey bees are essential to the proper pollination of consumable foods. Without honey bees, foods such as watermelon, cucumbers, blueberries, and a large variety of fruits, vegetables, and nuts would not be pollinated. Without pollination, approximately one-third of our food crops would be decreased. In addition, honey sales contribute millions of dollars of revenue to the economy each year. 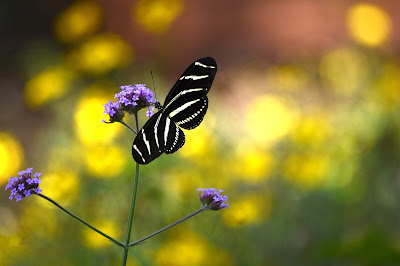 Zebra longwing butterfly (photo credit: Lorenzo Cassina)
Many other insects also serve as pollinators. Most people know that in addition to honey bees, butterflies and moths are also pollinators, but several species of ants, beetles, and even some wasps are pollinators as well. 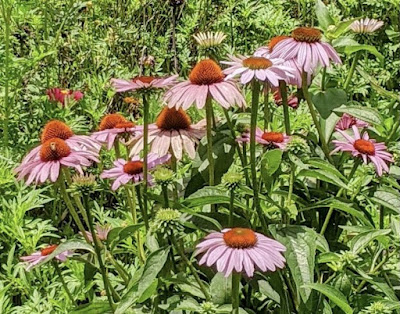 Echinacea, or coneflowers (photo credit: Lorenzo Cassina)
Like many other species of birds and animals, beneficial insects are threatened with declining habitat, pollution, and use of pesticides. You can help protect beneficial insects by minimizing your use of pesticides and attract them to your yard by providing plants which attract these insects. Such plants include alfalfa, cilantro, cosmos, dandelions, dill, echinacea, fennel, marigold, milkweed, parsley, Queen Anne’s lace, rose, rudbeckia, sunflowers, wildflowers, yarrow, and zinnia to name just a few.
To learn more about insects, visit the new Bugs! Bugs! Bugs! exhibit on display in the Gallery at Flamingo Gardens between May 29 and September 6, 2021. Gallery hours are 10am to 4:00pm seven days a week. 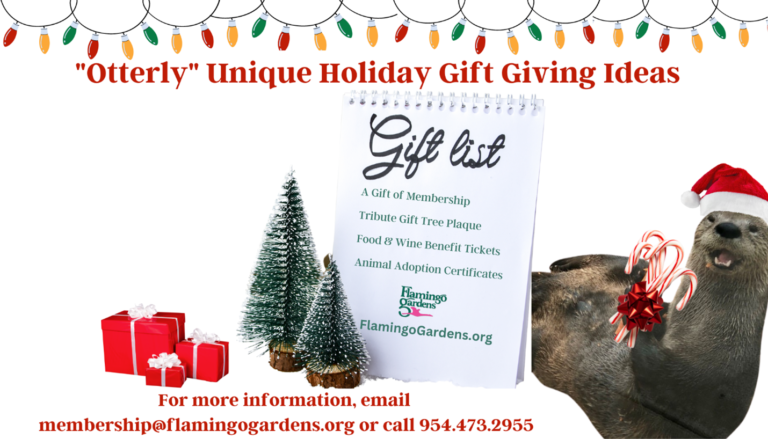 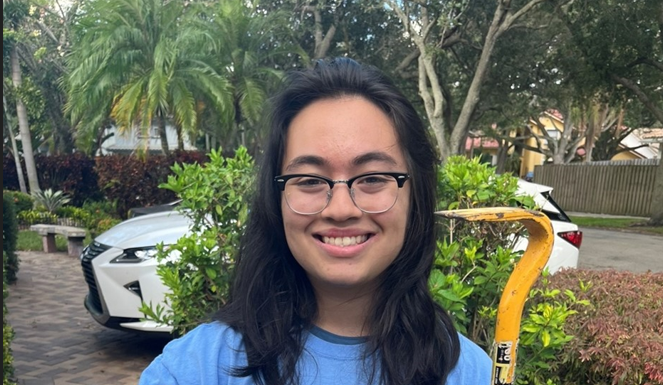 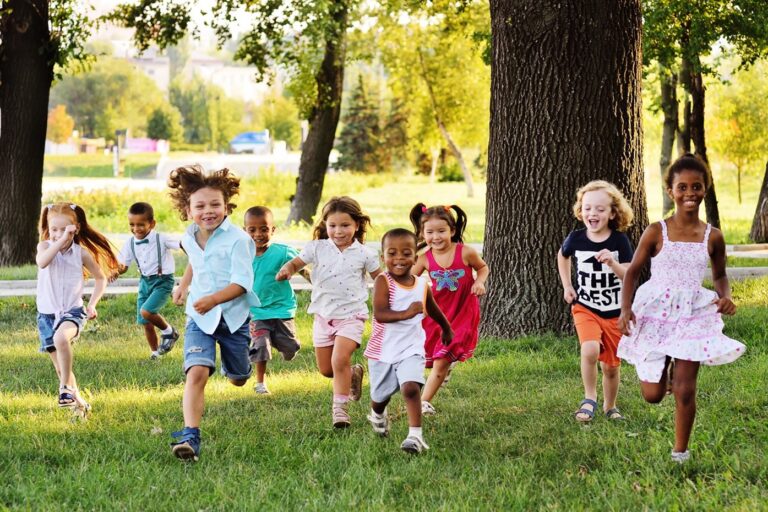 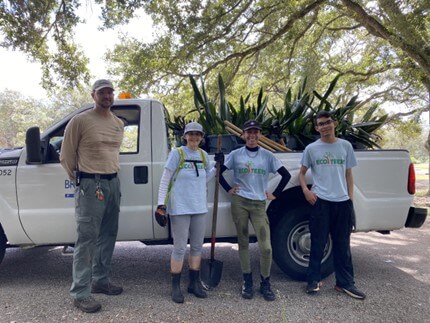 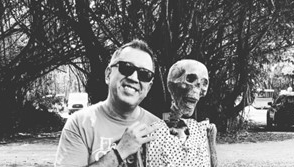 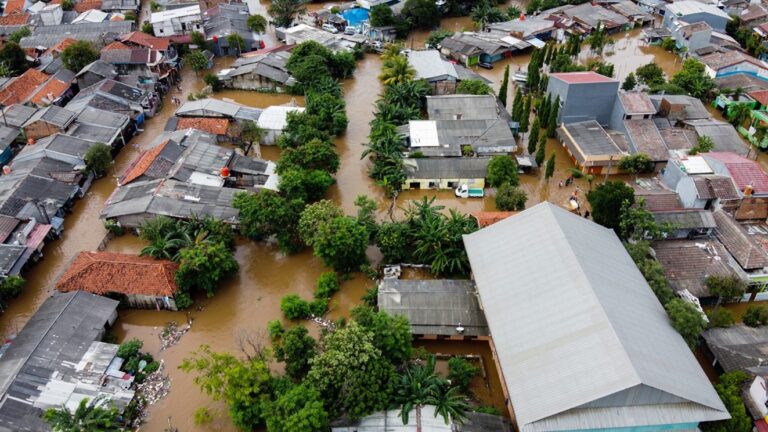 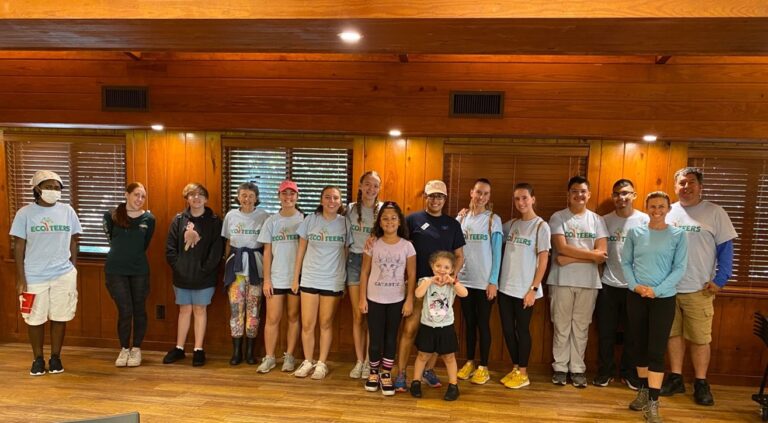